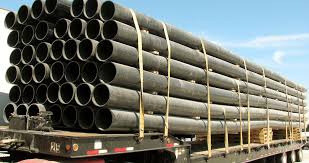 Construction suppliers are often put at risk when they provide materials on credit to contractors that abandon or are terminated from the projects to which the materials were supplied. This is especially true when the contractors in question are sole proprietors or limited liability companies operating as pass-through entities for their owner(s) that cannot overcome the financial distress of large projects gone awry.  Suppliers owed money from a contractor that has defaulted on a large project will oftentimes end up in bankruptcy court attempting to navigate a complex set of laws to maximize their recovery from the indebted contactor.  Fortunately, a remedy called ‘substantive consolidation’ may help increase the odds of receiving higher compensation in these and other similar cases.

As demonstrated in the case of Lassman v. Cameron Construction LLC, decided by the United States Bankruptcy Court for the District of Massachusetts, the doctrine of substantive consolidation allows the creditors of a debtor to gain access to funds not typically available in bankruptcy proceedings. In Lassman, the bankruptcy court trustee, Donald Lassman, was assigned by the court to distribute the assets of the Debtor, Cameron Construction & Roofing Company, to its creditors. However, the Debtor’s assets were unable to cover its debts and thus, the trustee sought to use the assets of another company owned by the Debtor, Cameron Construction, LLC (“Defendant”).

Cameron Construction, LLC had originally been created to protect Mr. Cameron and his personal assets from potential suits arising out of a newly purchased commercial property . Eventually, Mr. Cameron began commingling assets and ignoring the corporate formalities between the Debtor and the Defendant in an apparent attempt to gain favorable tax and insurance treatment for his businesses. For instance, the Debtor would transfer funds to the Defendant labeled as “rent,” which the Defendant would use to pay the salary of its employees. Moreover, the Defendant’s employees were working exclusively for the Debtor, but the Defendant was not submitting invoices for the work performed. Finally, the Debtor avoided paying higher premiums for workers’ compensation insurance by splitting the employees between the two companies. Based on these facts, the bankruptcy court in Lassman determined that, even though both companies were separate on paper, the trustee could ignore the corporate form of the Defendant under the theory of “substantive consolidation.”

Under the right circumstances, substantive consolidation allows creditors to receive higher compensation in bankruptcy court. Though substantive consolidation has been seldom-invoked throughout the years, the court in Lassman noted that its use has been on the rise, as the courts are beginning to recognize the increasing number of businesses using “interrelated corporate structures” to protect their assets.  However, the court in Lassman also noted that substantial consolidation is only allowed if “the related debtors’ assets and liabilities are so intertwined that it would be impossible, or financially prohibitive, to disentangle their affairs.”

Though having to go to bankruptcy court to recover losses is daunting, the Lassman decision provides some hope of increased recovery for creditors. In many ways, the case serves as a warning to businesses who try to unlawfully hide their assets from the courts and their creditors.  A contractor faced with the possibility of having the financial entanglements of its owners or related companies reviewed by the court may be more willing to negotiate a fair settlement of its debt with material suppliers or other debtors.

The attorneys at MIRAGEAS & AVERY, LLC have experience with representing creditors in bankruptcy court and maximizing the recoveries for construction suppliers.  If you have any questions, please contact us at 508-381-0499.